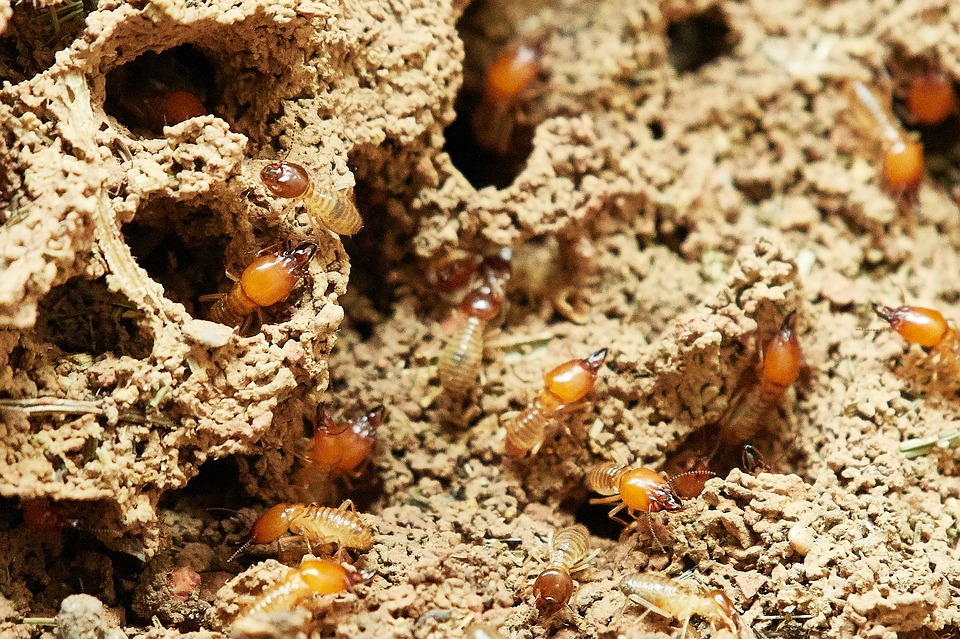 What is the social structure of a termite colony?

What is the social structure of a termite colony?

Termites are social insects, living together in groups which are known as colonies. A single colony can range from just a few termites to millions of termites and each one of these colonies contain various castes or “social status.”

Termite castes include The Queen, The King, soldiers, workers, reproducers and immature termites.

The largest termite in the colony ranging in length from 60-80 cm. In each colony there is only one queen. The queen is a female termite and her role is solely to lay eggs. It is know that she can lay over 1000 eggs per day.

She lives in a chamber known as the nuptial chamber and produces a pheromone that plays a major role in maintaining the integration and the size of the termite colony.

Smaller in size than the queen, the termite king is an adult termite that has the capability to reproduce. His major role is to occasionally mate and fertilise the queen.

Just like the Queen, there is only 1 king termite in each colony.

The solider is distinguished by its appearance, they have no wings, have a dark – large head, stout and powerful mandibles.

The termite soldier accounts for 5-8% of the colonies population and its role is to protect and defend their colony from invasion.

The worker can also be distinguished by its appearance, they have no wings and their bodies are small and soft, usually measuring 6-8 cm in length & most species of worker termites do not have eyes.

80-90% of any termite colony are workers and these are usually the type of termite you would find in a termite infested wood item.

Their primary function is to look after eggs and the termite nymphs, search for food, feed and clean the their nest mates.

The reproducers are both female and male that have reproduction capabilities and their role is to reproduce. They may later on become kings and queens.

The reproducers have darker bodies (yellow, brown or black) which makes them stand out from the rest.

A termite reproducer has two pairs of equal-size wings which are longer than its body. However after a flight, their wings fall off, and the reproducers start to form new colonies.